T-boy Legato and Joe Drumont have been long time rock accomplices since 2011 when they first started a band together. It disbanded early on and T-boy and Joe then went on to carry out different musical projects. However, the idea of reforming a band together never really left them. And by the end of 2016, their minds were set and Mr. Fartface saw the light of day. It was going to be loud and it was going to be punk !

A few months later, Dr Genicot was added to the lineup as bassist. The ‘Puke and Piss EP’ was recorded and released in April 2017.

Two years later and Mr.Fartface now has a few shows under its belt and a bunch of new songs. The last piece of the puzzle was then put in place with Marty Sims joining the band as second guitarist. The four piece will soon be ready to hit the studio and record their next upcoming LP. Make sure to stay tuned for it \m/

Fun fact : T-boy like to take powernaps to cure his hangovers before jam practise.

Fun fact : Max likes to play the game worms on Xbox when he does not get a super like on Tinder.

Fun fact : Genicot eats spaghetti bolognaise with no tobasco, no cheese and no sauce. 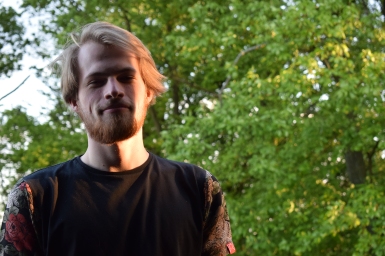 Fun fact : Martin enjoyed a healthy lifestyle before joing Mr.Fartface, but all his good habbits disappeared after joining the band